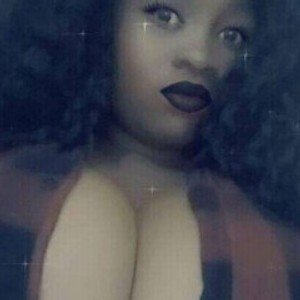 Who shoots more? The Splash Bros or the Bang Bros?

Well, for one, Bang Bros was able to make known names perform for their amateur content. It  actually makes it look more pro that way.

That’s just the tip of the iceberg. Now that the ice has been broken, let’s go deep into BangBros. What makes this site better than others of its kind?

The site still brings in serious numbers despite the huge competition. The main site, BangBros.com draws about 20 million views a month. It shouldn’t be considered empty stats as Bang Bros isn’t cheating with short vids snipped out of the actual films. They could have had hundreds of millions in views if that’s what they do.

20 million is a good number considering BangBros.com is only one site and they have over 50 more which draws pretty much around the same.

One of its most famous sites under the Bang Bros network is the legendary Bang Bus which was a big hit during the younger years of the 90’s kids and older. It’s an innovation that brought a lot more concepts of its kind.

We’re not here to focus on the other sites though. We’ll give them their own spotlight too. Let’s stick to Bang Bros first.

Bang Bros strengthens that with good quality amateur videos. The videos are of adequate length and even offer 4K Ultra-Definition, giving you a clearer look on the banging.

A lot of production value has been put in each video. It’s cool how the site’s loading is so smooth that it didn’t even buffer despite its high definition. The videos run so smoothly that you might not have the chance to lube yourself up on pauses because there’s no buffer.

As for the performers, you’ll appreciate the lengths they are willing to go to in the name of pornographic art. Their performances will make you think that if these ones are tagged as amateur, how much more when they go pro?

Bang Bros speak a big game through their works so it’s not surprising that they’ve got big names under their network.

Mia Khalifa is undeniably the biggest name that they have. She’s then moved on to entrepreneurial pursuits lately that people go back to Bang Bros just to see her glory days.

Fan favorite Riley Reid also put a lot of dicks in her mouth for them. It’s safe to say that there will be no Riley Reid if it wasn’t for Bang Bros.

You’ve probably heard names such as Rachel Starr or Valentina Nappi on any platform you’ve been on. These are just other names and faces that define how big of a site BangBros.com really is

Personally I think it’s more practical to just pay for an annual plan. It’s obviously cheaper and it’s not like you’re paying for something you don’t use that often like your cable subscription or your landline.

How good is Bang Bros?

I think this shouldn’t even be a question anymore but for the benefit of the younger end of the millennials and the Gen Zs and Baby Boomers, we’ll tell you how good it is.

Don’t think about the costs. If you can pay for all these streaming services you aren’t able to use since you are busy doing two jobs or have one that is too hectic, you surely can afford premium.

You surely won’t make a Mia Khalifa or a Riley Reid richer but at least you can make some models more famous. What a way to do philanthropy, right?