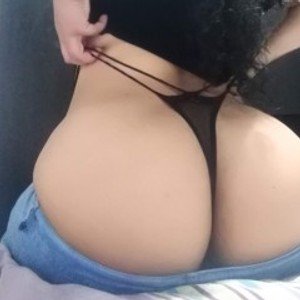 Oh yeah we like naughty! Especially if it’s a dating site that encourages us to be.

You’re probably a single guy that isn’t having any luck on traditional dates so you go to a portal for naughty singles. Let’s be real. Some sites aren’t just for online casual dating.

Just like BeNaughty.com. It tells you that it gives you access to hot desires on the onset. This portal is for singles who are craving for mingle.

So if you are one of them, then read on because we are going to talk about our experience with the naughty.

The first thing you’ll notice if you’re a new user is that the site looks neat. There’s a picture of an attractive person which might give you an idea that this is innocent dating.

What may be innocent though is its business. BeNaughty doesn’t look like one of those shady online dating portals which has a chance of screwing you using your credit card info before you can even screw your date.

BeNaughty is legit, website-wise. No need to overthink that part. You can proceed and sign up for free like it says upon landing.

Like all legit platforms, you can only do much without an actual membership. Sure you can send some free chats and vice versa but you need to be a member to keep the conversation going. You couldn’t even see the profiles of members.

That, to be honest, might kill BeNaughty’s chances of being trusted once more competitors emerge. Sure they are making a killing now. But cutting off functionality just to squeeze out a few bucks will not do them any favors.

They could have done it like Tinder or Bumble who’s main offerings can still be used with a free account. They just offer irresistible perks with a paid membership.

It’s probably a better idea for a dating site if we were BeNaughty.

In fairness to the,, their membership rates are reasonable. You might want to hold it for when they give out promo offerings though. They sometimes offer up to 30% off during the summer. Or maybe that’s just us jumping on sale rates but you get our point.

You surely can afford their reasonable rates if you have a job and not a bum player that focuses on counting hook ups than counting paychecks.

BeNaughty offers a taste test with $3 three-day trials. That’s enough for you to fully try the site out and see if it’s where you can

You must be aware of this if you’ve even been on a sex dating site before so if something happens to you and you get screwed out of anything because of these bots, it’s on you!

We’re just giving you a heads up so you won’t have negative thoughts about the site. For all you know, they are the victims here too.

No need to worry because BeNaughty immediately alerts its users when an account has been flagged for suspicious activity. You have an option to turn these security features off but you already know the risks.

So don’t go blaming BeNaughty for your lack of vigilance. We were smart enough to discern what is safe and what is not while we were using the platform.

BeNaughty is one of those sites that deals with a lot of fake profiles on the regular. You are likely to receive a ton of spam messages upon signing up.

Some are just really curious while others are fake profiles used to chat with you because not all gorgeous pics has a beautiful face behind the profile. You might even be chatting with a dude for all we know.

If Facebook and Instagram gets these every minute, so much more is an online dating site where things tend to be more mysterious. Try creating a fake profile yourself and you’ll be bombarded by spam messages of fellow fake accounts.

If you know you aren’t attractive but suddenly become a Rockstar on BeNaughty. You must think things just one notch over the thinking level. It’s for your own good.

BeNaughty is doing their part in flagging these catfishes so there’s no need to worry much.

After all these we had to deal with, we can finally go to the dating part.

Kudos to BeNaugty for a nice site design. We liked the large thumbnails that seemingly makes us determine which profiles are worth our time. The thumbnails helped with our decision making on who to chat and who’s fake behind the profile.

The females on the website are attractive enough for you to use it often. Well, we can vouch for the real accounts on this one.

To connect or not to connect?

The sad part about a dating site is it isn’t a sure thing even if it encourages being naughty. Players will have their ears clapping at the word “game.”

That’s right. You still have to play games on this site. In member’s case, it’s a game of Cute or Not. It’s simply an ice breaker you can play with other members. The game starts by matching with other members but you can’t message them.

Not sure what the purpose of this game is but it’s probably a way to give an opener without looking creepy at all.

Obviously, you’re not here do to some sweet talk wooing. You’re here to score hook ups. We do not want to make libelous or slanderous comments but the fact that the site is named as such, we will assume it’s what it promotes. Otherwise, just change the name if that isn’t the purpose.

As for the dating part, we managed to connect with a few profiles and luckily, it’s mostly real ones who were actually willing to prove their identity with their Instagram handle. Of course there were the players who intentionally waited for a century to pass before finally replying.

It’s not that bad of a dating site but it could probably use some more improvements. It’s a good site that has the potential to be even better.

We suggest that BeNaughty should scout its competitors.