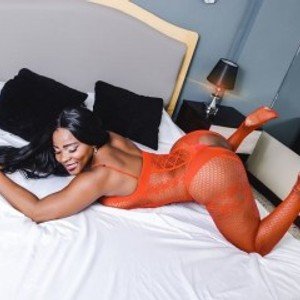 You can see the agony in Mia Khalifa's face as they were trying to get her ass worked up for a butt fuck shoot.

As much as her pussy and her mouth can take the biggest cocks in the industry, it turns out a black medium-sized sex toy is her only kryptonite. Mind you she was having such a hard time!

The agony in her face isn't the one that paints an image of orgasm. Even the guy she is about to fuck for the video seems to be warming his dick up jerking off to Mia's agony. It's either he's keeping it erect for the scene or maybe he's just so brutal that he jerks off to women suffering.

We. do not know what's going on in the minds of these two. The guy just looks like a pervert jerking off to a sexy lady and Mia just can't defend herself.

It's hard to digest the irony that Mia can't take a sex toy from behind.

This woman just can't wait till she gets home.

Yes, she has her own desk in her own private office. What she forgot is that to protect an office, some of that privacy has to be compromised. She might be the boss at work but the CCTV operator is the real boss in this video!

If only this leaked footage is allowed to be broadcasted by TV networks then this will make the list for the world's most amazing videos. It's so tempting for one to make a reaction video on this one with witty commentary. Can we call Ozzy Man Reviews for this?

Anyway, let's just hope nobody walks in on this woman toying her pussy.

Such a short hilarious video deserves a lengthy ribbing all over the internet. These two are obviously afraid of being caught by the girl's mom that they didn't even bother to remove their clothes.

It looks like the girl invited her boyfriend over for dinner and took him straight to the room when they got home. Unfortunately for them, her mom can cook dinner as quickly as fast-food chains serve you food in a drive-thru.

These idiots already knew what the situation but still decided that it was cool filming a sex video. Well, the joke's on them as the guy couldn't do anything but giggle his shame out.

The lesson here is to either make sure you're home alone before filming or get a room for fuck's sake!

We know weird things can happen on Snapchat. It's one of those social media apps that were intended to be wholesome but turned into a sex haven.

Some Snapchatters are so influential that they can earn from simply sharing a Snapchat story of the product they wish to endorse. We're not sure of these two though if it's a sponsored advertisement or a poor attempt at using effects for their sex video.

The black guy seems to be enjoying but what's with the Dunkin' Donuts logo? He could have fucked an actual donut instead if he wanted to endorse Bavarian. Unfortunately for him, fucking a holed donut might wreck the firmness of the sweet treat.

So what does he do? He fucks his girlfriend, who looks like she eats two boxes of Dunkin Donuts every day. What makes us say so? Look at the donuts spewing out of her ears!

She needs to clear out all the space she can in her system if she's digesting a big black cock. Maybe even flush it down with the iced coffee graphic on the video.

This one is obviously edited but kudos to the maker of this funny video!

This is probably what CNN will look like if it weren't going to censor sensitive images and just be completely informative and transparent with the visuals that aid their reports. Let's hope they don't press charges against the editor of this video as he just wants to send a message.

The report is very accurate with the sex scenes that are unfolding. We could even hear slapping flesh and lady moans, two things we find in a sex video.

Maybe it's to each her own. The main point here is CNN should still be fully transparent with images and videos whenever they report the news.

Can we all make a petition to eradicate blurs on national TV?