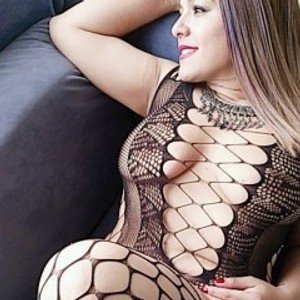 Good thing Brutal Clips found what they want to focus on and sure did a good job with it. That’s why we’re going to talk about them right now.

A good source of all things brutal

You’ll see that the site is indeed filled with brutal stuff the moment you land on their homepage.

We saw a lot of inhumanly huge dicks go inside mouths and asses. It’s kind of amazing how these girls’ pussies can take a massive amount of punishment from extremely hard banging.

It completely fulfills all your hardcore taste in pleasure 100%. This stuff is no mercy!

What you’ll find in Brutal Clips

You’ll expect to see girls being held against their will as they get filmed and fucked. Give credit to good acting for that part since it wouldn’t be legal if it isn’t consensual.

If you’re looking for brutality, you’ll get brutality. That’s what we liked about this website. There are no clickbaits here as the actual video delivers on its display thumbnail.

We’re not sure if we could still call some scenes pounding. We’ll replace it with a more intense term in the next review if we think of one. There’s over 200 clips to watch first rather than think of a word harder than pounding.

As for fantasies, you won’t have any problem too as each video has its own unique concept like people fucking in a wrestling ring or your usual spontaneous “doing homeowork” or “you have a delivery” stuff.

The only difference it has from others is its FUCKING BRUTALITY!

Toys make an appearance as well

Just because there’s a big black cock or a long white schlong, it doesn’t mean there’s no more room for sex toys.

Imagine watching a man imposing his will while the girl deliciously obliges? You’ll enjoy it for longer spans as many of the films are half an hour or more.

The good thing is that despite so, they update their website pretty often so we’re expecting you to stay a bit longer on this than you do with others.

Also, Brutal Clips membership is fairly-priced for what it gives. It also grans you access to the Adult Member Zone Network and FHUTA.

IF you’re thinking it’s a marketing way to name their affiliate “FHUTA” instead of “PUTA,”you’re dead wrong. FHUTA doesn’t mean a misspelled way to call someone a bitch in Spanish. It means Fuck Her Up The Ass!

That gives you a whole lot more or a specific niche to watch.

The good and the bad of Brutal Clips

Site design is neat and basic. It’s good enough for the purpose it serves. Besides, as long as you make your site clean and you pick a specific niche, it’s like YouTube algorithm where fans will automatically generate by the thousands.

Brutal Clips is indeed brutal. The site delivered on its name and not just a cheap way to name a website for instant searches. We might go forever just describing specifics on each clip. Just put it this way… If it’s brutal, you’ll definitely find it there.

It’s safe to say though that the goods still overpower the bads here. The bads are more than just pet peeves for the obsessive compulsive

The site is obviously easy to find since the name already suggests what you are looking for.

As for the videos, they are all good if you’re into that kind of rough stuff. We happen to intentionally be jacks of all trades in judging websites to avoid biases and being too invested on a site with our favorite niche.

If there is one thing we could say, however, it’s that we’ve learned a lot of new sex positions and ways to control a woman after seeing some of its videos. We also probably found out why girls hate small dicks the day they lose their virginity.

We would not like to encourage the scenes and languages here if the sex isn’t consensual or probably use it against a girl’s will but If all is well, then it might be a fun thing to explore.

So, what can we say about Brutal Clips? We said everything there needs to be. It’s FUCKING BRUTAL!