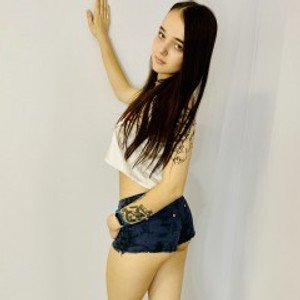 Doing a good job for more than a decade now

That doesn’t mean they don’t have good stuff anymore though.

A much needed facelift

The design is neater than we once saw it back in its early days. Good thing we weren’t into reviewing them yet because it would have received a mouthful from us.

Its logo no longer looks like a poorly ripped off verson of the YouTube logo. It looks simple yet very decent.

You probably might want to check each one from A to Z too!

The videos are absolutely as fine as it was. Like we said, HD just made the content better.

We like how RedTubes videos are sorted. They did a good job with that mechanism. It makes our searches even more interesting.

Just like when we checked what was trending in India.

But a little bit of peeve…

Some would probably not like the video previews once you hover your mouse over a video thumbnail. We didn’t have any problem with it so to each their own.

We didn’t have any problem with annoying ads when watching videos but some are complaining about them. At least it’s not like how YouTube interrupts the climax of your enjoyment by inserting a noisy add that disrupts the momentum and mood.

Is it worth paying premium membership?

Basically, reasonably-priced premium memberships are not that expensive if you have a job. That means you bums who fap all day might want to get a job because pleasures have to be paid for

It’s not like you won’t get good stuff if you watch for free. Premium membership, however, gives you access to more. Taking away ads isn’t its only sole purpose.

Obviously you’ll get better quality videos with a premium membership. You’ll also get those full-length films that you used to buy on DVD. You probably spent more than $9.99 a month back in the day.

So if the terms “4k” “Full HD” and “VR” isn’t inviting enough, you’ll probably miss out on a lot. The good thing is you can cancel anytime and go back to wherever you are subscribed if you don’t enjoy your free trial.

Now for meet up and fuck… This one is an interesting feature.

The Fuck Now option next to Cam Sex gives you a same purpose with a different ending. IT will redirect you to Adult Friend Finder though which connects you with the fellow DTFs out there. It’s basically like another Tinder except this one admits it’s all about hooking up.

So to end this review, an approval should be a no brainer.