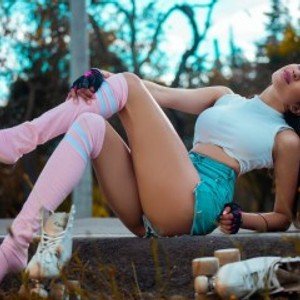 Shoplyfter is a cool new reality porn website with a straightforward yet innovative concept. Here is where you get to watch firsthand what happens to unsuspecting teens after they’re filmed shoplifting. As you can imagine, this is a lesson they’re going to have to learn the hard way, and it will most likely include a lot of sucking and fucking. It doesn’t matter how many times they say they’re sorry or promise they’ll never do it again. The man in charge of security doesn’t want to hear it. He tells them to get undressed, then whips out his cock and instructs them to get started. There’s only one way these thieving whores aren’t going to prison, and that’s on their knees and on their backs!

At PornAvalanche.com, we were simply blown away by not only the quality of the videos on Shoplyfter, but also the creativity and originality of each and every episode. After watching a few movies, you’ll see that they’re all presented as different case files. In total, members get access to 90 exclusive videos that can be streamed or downloaded in multiple different formats. Don’t miss the amazing photos! They come in high-resolution sets that can be easily downloaded in zip files. As for the updates, these are added are at fairly common intervals of one brand new scene per week.