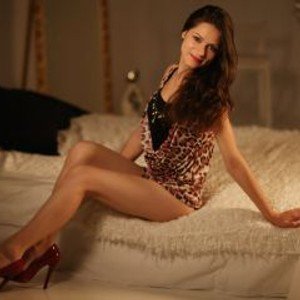 It’s X-Art though. X-Art Models to be exact. It’s a gallery filled with pornographic photos shot in high definition. These photos are so clear that a man will feel the need to jack off when he sees them.

We have things to say about these nice pictures so let’s just jump right into talking about it, shall we?

Best Nude Photos on the internet

With pictures as clear as the ones on X-Art, you’ll surely be able to paint a clearer image in your mind. It’s enough to bring you pleasure when videos start to be too distracting.

A husband and wife started this thing. I was supposed to be just a mom-and-pop business when they launched it in the early 2000s. It probably explains too why it looks like websites during that time.

That’s why X-Art and X-Art Models is filled with such artistic shots that definitely look good on someone’s photo reel. If you are one of the models here, show these pics in an audition and you’re hired.

As clean-looking as the models are, there’s nothing clean happening behind the scenes. You’ve got the usual copyright infringement from those who steal content and host it on their own free websites.

X-Art controverises aren’t like violation of human rights or stuff like that. It’s simply online piracy and lawsuits against those pirates.

The couple admits that it’s not really about the money. It’s more of encouraging everyone to produce original content.

Anyway, back to the models

Good thing we’re really willing to pay for the good stuff. That means we are entitled to our own opinion on what we paid for. So if they show such, we’ll assume it’s what X-Art wants us to perceive.

Some of them may even be failed supermodels for all we know. What we care more about is how good or bad the content is. There isn’t that much of the bad stuff infairness to them. It’s more of whether we liked it or not.

The wonderful thing about the sweet art in sex is that the orgasms should sound organic. That means there’s not much on the fake moaning and inhuman penetration. It focuses a lot more on solo stuff.

In an effort to make sex look meaningful, each scene is slow and drawn out. Like feeling the serene vibe that sex should have. Just let the sight boobs, the ass, and the pussy sink in.

We feel like we are getting our money’s worth with supermodel-like women performing rather than slutty-looking tramps. The Lesbian content is winner too!

We’ve already established from the beginning that X-Art Models are for the higher class market. Don’t expect a lot of cheap basement-dwelling bums to appreciate such art as they can only fap on its surface.

We’ll assume that even the male and female models of X-Art models aren’t just society washouts. These actors and actresses look like they’ve made sustainable living out of the media industry, meaning they are not the cheap type of talent.

What’s with the web design?

Infairness to X-Art, the lowkey web design isn’t much of a peeve. It doesn’t look sketchy at all since you’ll see a professional-looking shot upon landing on the home page.

If kinda gives the feel of a high-end escort service website which is their market anyway but just a different product. You can see an option to select a model on the upper left part of the website where there’s a bunch of names that high-end escorts use as aliases.

Nope, X-Art is not an escort service at all. It just feels like it because of what the web design suggests.

Infairness to them they managed to make it look neat enough to be welcoming even to the cheapskates. The slick visual placements makes you crave to cut to the chase and just jerk to it.

That’s if you have the money to do so.

If you can’t score it with a supermodel, it’s your closest bet to doing so. Let’s not lie. Everyone dreams of that once in our lives. Only the doers make it.

Players may even consider the women on X-Art Models as a perfect 10s in their eyes. A 10/10 high class woman surely has enough intelligence not to sleep with a. player or a pick up artist. But we’re sure they are willing to pose naked and have sex on video for the sake of art.

What can possibly go wrong with these gorgeous women? It’s not like you have to hit on them. Just enjoy what they are giving you on X-Art.

Seal of approval? It’s high class so it’s just a matter of net worth here. We’re placing the approval part on your hands.

Is your bank account high enough to appreciate these kinds of stuff?